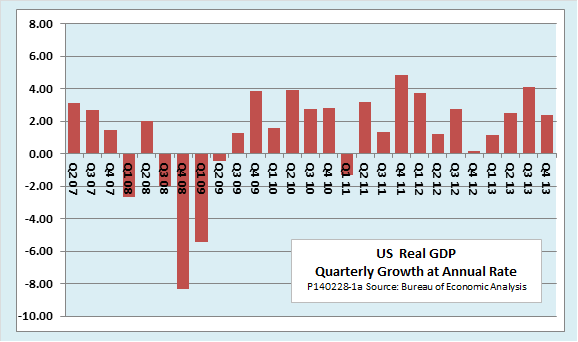 As the following table shows, the downward revisions affected nearly all sectors of the economy. The one bright spot was the contribution to GDP growth from private investment, which increased from a previously estimated .58 percentage points to .72 percentage points. Furthermore, more of the growth came from fixed investment and less from inventory buildup than previously reported. The contributions from consumption and net exports were both less than previously reported.>>>Read more
Posted by Ed Dolan at 9:50 AM