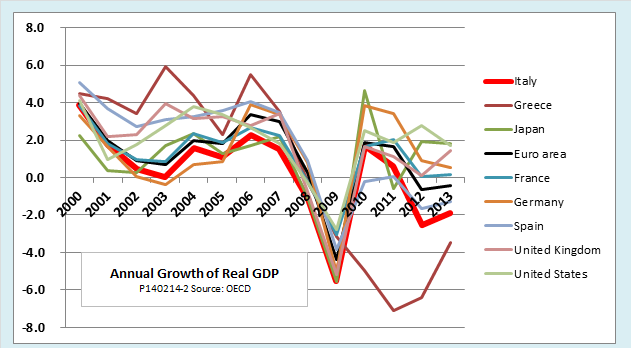 But, you might say, isn’t Italy wealthy enough to coast for a while and still maintain a high standard of living? That is true, to a degree.>>>Read more
Posted by Ed Dolan at 7:44 AM