America's Social Protection Gap and What to Do About It 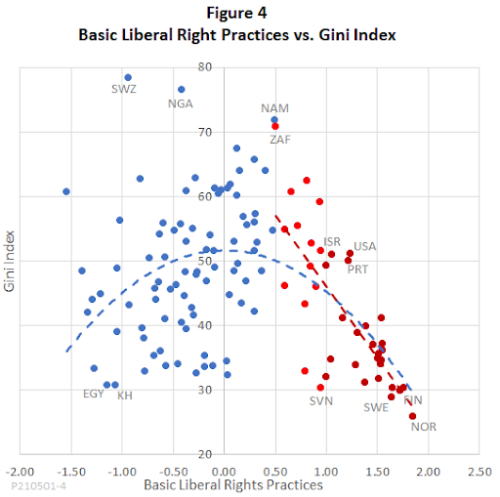 Around the world, liberal democracies take pride in the freedom and prosperity of their citizens. And not just prosperity for the prosperous. They also pursue social protection policies that guarantee a minimum standard of prosperity for even the most disadvantaged. In previous writings, I have focused on quality of government in liberal democracies and on policies that engender social and political trust. This commentary turns to social protection policies, entering an area in which the United States struggles to keep up with the standards set by its liberal-democratic peers.

Who are our liberal democratic peers?

Vallier lists five liberal rights practices, namely, democratic constitutionalism, markets and private property rights, freedom of association, electoral democracy, and social protection policies. My approach covers a conceptually similar range of practices, but with modifications to terminology and content as needed to better fit the data. Full definitions and data are presented in an online appendix.

In what follows, I refer to the first four of these categories as basic liberal rights practices. Each country is assigned a score, LRP*, which is an equally weighted average of the standardized scores for quality of governance, quality of market institutions, personal freedoms, and procedural democracy. Vallier includes the fifth item, social protection policies, in his definition of liberal rights practices, for reasons discussed below. However, this commentary turns his definition into a question: To what extent is it actually true that governments that are liberal democracies in other respects also have strong social protection policies?