In an essay in Critical Review a few years back, Jeffrey Friedman had a go at explaining what’s wrong with libertarianism. His sixty-page argument can be summed up in a single sentence: “Philosophical libertarianism,” he wrote, “founders on internal contradictions that render it unfit to make libertarians out of anyone who does not have strong consequentialist reasons for libertarian belief.”

The conflict between the philosophical and consequentialist sides of libertarianism is nowhere more sharply on display than when applied to environmental issues. This commentary explores the dilemma of libertarian environmentalism and the ways–none of them entirely successful–in which its practitioners try to escape it.

President-elect Joe Biden will face serious fiscal policy challenges as soon as he takes office. A hoped-for V-shaped recovery from the Covid-19 pandemic has turned into a something that looks more like a long-tailed Nike swoosh. Business closings, mostly classed as temporary back in March and April, are, increasingly, proving to be permanent. Short-term unemployment is falling, but long-term unemployment and involuntary part-time work are increasing. Evictions and foreclosures loom over cash-poor working-classfamilies, who are estimated to have accumulated as much as $70 billion in back rent owed. Meanwhile, state and local governments, whose spending is constrained by balanced-budget rules, are laying off teachers and fire fighters. The trade deficit remains high and the Fed has no room left to cut rates to stimulate investment.

In a normal world, such a situation would cry out for fiscal stimulus. Ominously, however, the deficit hawks of the Republican party, who slept through the badly timed and budget-busting Tax Cuts and Jobs Act of 2017, are starting to stir. They said “No” to any last-minute stimulus before the 2020 election, and their appetite for austerity will be ravenous once they are fully awake. If Republicans hold their majority in Congress, they will have a major role in determining policy in 2021, so little is going to get done without at least a scintilla of bipartisanship.

“But,” you say … “Aren’t the budget hawks right this time? Just look at the numbers!” 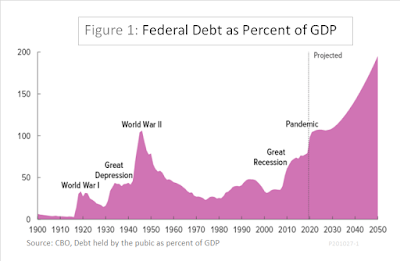 Yes, they are right to point out that under current policies, as measured by the Congressional Budget Office, the federal debt is rising fast. It is about to exceed its previous record as a percentage of GDP and it is projected to go on rising for the next 30 years. But those raw numbers tell us little of use for fiscal policy. A rational set of budget rules neither automatically precludes nor condones large budget deficits or a debt ratio that rises over time. To understand what a rational set of budget rules would actually look like, read on.

A CBO Roadmap to Near-Universal Healthcare 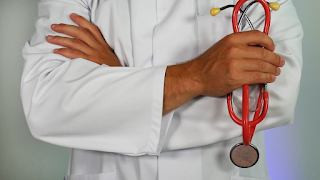 On October 1, the Congressional Budget Office released a detailed report, Policies to Achieve Near-Universal Health Insurance Coverage. The report outlines four broad approaches to the long-sought goal of universal, affordable access to healthcare for all Americans. The CBO cautiously aims only for near-universal coverage, which it defines as coverage for at least 99 percent of the population. The report argues that 100 percent coverage is unattainable, since some people would inevitably decline to participate–even if they were eligible at no cost–on religious grounds or because they did not want to bring themselves to the attention of authorities, among other reasons.

Each of the four approaches offers potential improvements over what we now have under the ACA, and ways out of the unthinkable chaos of a court-ordered end to the ACA, with no viable replacement. The alternatives range from a Sanders-like single-payer plan bold enough to appeal to the most progressive Democrats, to others that are sufficiently market-oriented to pass judgement with any but the most curmudgeonly Republicans. One of the CBO’s alternatives squarely hits the sweet spot of radical moderation– the Niskanen Center’s hallmark.

Here is a brief outline of the four approaches, with some pros and cons of each.