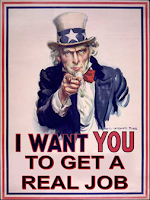 In a recent blog post, Niskanen Center’s Samuel Hammond expressed skepticism about the idea of job guarantees. In his view, such policies do not attack the real problem, they are easily politicized, and, as active labor market policy, are inferior to wage subsidies for private sector jobs.

To see how guaranteed jobs work out in practice, we need look no farther than Hungary, where Prime Minister Viktor Orban has made the replacement of welfare by workfare a centerpiece of the claimed Hungarian economic miracle that helped him win re-election in last Sunday's election.

Writing recently for The New York Times, Patrick Kingsley and Benjamin Novak provide an overview of job guarantees, Hungarian style. Their article, which focuses on a small village in which 73 of 472 residents participate in the program, makes an effort to show both the positive and negative side of workfare. They note that although the guaranteed jobs pay only about half the minimum wage, that is twice what participants previously received in unemployment benefits. Participants told them that the pay, although minimal, was enough to make a difference. The program has also brought some small but welcome improvements in the town’s infrastructure.


“This little bit of money goes a long way in this village,” said Eva Petrovics, 60 who helps to clean the village nursery school. “The fridge is full now.”

The program has also helped to spruce up the village. Since 2012, workfare participants have built a small bridge, added a drainage system, and renovated the town hall and sports fields.

However, there are downsides to workfare, too. Hammond’s concerns about politicization seem to have been borne out. Kingsley and Novak note that the program have made participants more dependent on Orban’s Fidezs party, which is expected to retain power in this weekend’s election, and on the town’s mayor, who determines job assignments.

Moreover, despite better drainage and tidier soccer fields, workfare participants do not really put in all that much time doing useful work. Often, they report to work for an hour or so and then go home. There is especially little to do in winter.

Popular though it may be in the Hungarian countryside, Orban’s workfare policy has many critics, both in Hungary and in Western Europe. Annamária Artner is a Senior Research Fellow at the Centre for Economic and Regional Studies of the Hungarian Academy of Sciences. Writing for the progressive website Social Europe, headquartered in London, Artner maintains that


The implied threat of the punitive workfare regime is effectively sweeping the unemployed under the carpet. The unemployment insurance system in Hungary, introduced in the early 1990s following the transition to a market economy, effectively no longer exists.

Institutions matter. Economists of the classical period knew that well. In recent years, economists have increasingly included institutional variables in their empirical work. The economic freedom indexes from the Fraser Institute and the Heritage Foundation have been among the most widely used institutional indicators.

I find that these price stability components add little to our understanding of economic freedom. Furthermore, because they incorporate an exaggerated fear of even moderate inflation, an attempt to achieve maximum price stability, as defined by these indicators, would be less likely to bring prosperity than to undermine it.

Is price stability an institution or a policy outcome?

The first problem with the Fraser and Heritage price stability indicators is that they do not really measure economic freedom in the sense that it underlies other components of the indexes. Robert Lawson, a senior member of the team that publishes Fraser’s Economic Freedom of the World reports, once wrote that an economic freedom index is, or should be, only that—“not an index of economic growth policies, efficient government provision of public goods, macroeconomic stabilization policies, or ideal income distribution policies.” If so, then the sound money indicators, as indexes of the success of monetary policy, are just what an economic freedom index should not be.

CAFE standards are coming under fire, in part, because of the rising cost of new cars, which reached a record high of $36,000 at the end of 2017. The extra costs of building fuel-efficient cars might be worth it if CAFE standards were really an effective way to cut greenhouse gas emissions, but they are not. Instead, they are among the most notoriously inefficient of federal regulations.

The fundamental problem is that CAFE standards attack emissions only indirectly. Buying an efficient hybrid instead of a gas-guzzling SUV is just one of many ways you can cut back on fuel use. You can, instead, consolidate errands or make your next trip to the supermarket in your Honda, instead of your Ford F-250, if you have one of each. Given more time to adjust, you can switch to public transportation, move closer to work and shopping, or work at home.

CAFE standards encourage fuel saving only when choosing what car to buy. Once you upgrade to a low-mileage vehicle, though, the cost of driving an extra mile goes down, reducing your incentive to take other fuel-saving measures. As a result, the cost of cutting fuel use via CAFE standards is higher than achieving the same result more directly through a carbon tax or higher gasoline taxes—six to fourteen times higher, according to a study by a team of researchers at MIT.

So, if CAFE standards are such a bad idea, why do we have them? As I explained in an earlier post,


If you are an economist, choosing higher fuel taxes over CAFE standards looks like a no-brainer, but if you are a politician, fuel taxes have an obvious drawback. Fuel taxes make the cost of reducing consumption highly visible. You see the big dollars-per-gallon number right there in front of you every time you drive up to the pump. CAFE standards, in contrast, hide the cost. You pay the price of a higher-mileage car only when you buy a new one, and even then, the part of the price attributable to the mileage-enhancing features is not broken out as a separate item on the sticker. You may notice that your new car costs more than your old one did, but there are lots of other reasons for that besides fuel economy.

But that logic only goes so far. As new car prices push into the stratosphere, the chickens are coming home to roost. The administration is sure to get a lot of political mileage out of making cars more affordable, climate be damned.