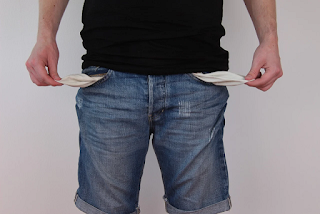 Does the American welfare system adequately encourage the poor to achieve self-sufficiency, or is it a “poverty trap” that locks welfare beneficiaries into a lifetime of dependency? The question has been debated endlessly with no clear win for either side.

In large part, the dispute turns on a concept known as the effective marginal tax rate (EMTR) faced by poor and near-poor households. The EMTR is the percentage of any additional earned income that a household pays in taxes or loses in government benefits. Critics argue that high EMTRs leave little incentive to work, and even for those who do work, they mean that their efforts do little to help them to lift their disposable incomes above the poverty level. What is the point of getting a job if taxes and benefit reductions are going to eat up 75 percent or more of your earnings, even without figuring in expenses like child care, commuting, or work clothes? Supporters of the existing welfare system argue that punitively high EMTRs are rare. They emphasize that the current welfare system, despite its flaws, does raise millions of families out of poverty.

Recent research revives the longstanding debate over EMTRs. This commentary reviews studies that suggest that despite some changes for the better, critical segments of the low-income population, especially those with incomes close to and just above the poverty line, continue to face weak work incentives. Simply expanding eligibility for existing welfare programs will not fix the problem. As explained in the conclusion, a more effective approach to mitigating the poverty trap would be to cash out and consolidate current welfare programs, replacing them with a combination of universal income supports, universal child benefits, and wage subsidies for the lowest-paid workers.
Read more »
Posted by Ed Dolan at 11:58 AM 5 comments: