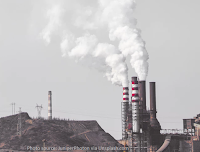 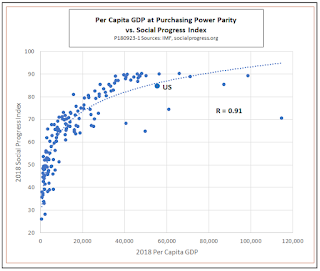 Yet, if we look at the data, the rise in multiple jobholders looks less dire than these accounts suggest. The first thing we learn is that although multiple jobholders are not rare, they are not as common as the impression you might get the media. Currently, multiple jobholders account for just 4.8 percent of the labor force. These include 2.6 percent who hold a part-time job in addition to a full time job — a pattern called FT/PT — and another 1.1 percent who piece together two or more part time jobs, or PT/PT. Smaller numbers work two full-time jobs or hold multiple jobs that are unclassified because they vary in hours from week to week.
Read more »
Posted by Ed Dolan at 4:43 AM 1 comment: 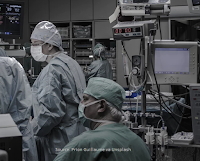 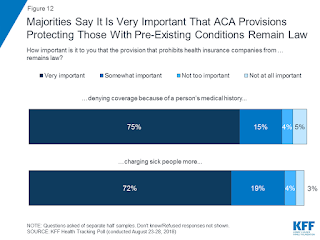 There is some cold economic rationality in tying pre-existing conditions protections to the penalty for not having insurance. The link between the two is a phenomenon known in insurance circles as adverse selection. Adverse selection occurs when people with high exposure to risk buy insurance. Since such people are likely to have large claims, insurance companies must charge high premiums. High premiums encourage more people to drop coverage, and the insurance market enters a death spiral.
Read more »
Posted by Ed Dolan at 7:09 AM 2 comments: