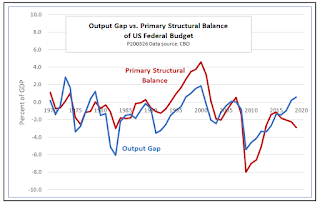 The Coronavirus and the Economy: A Tutorial 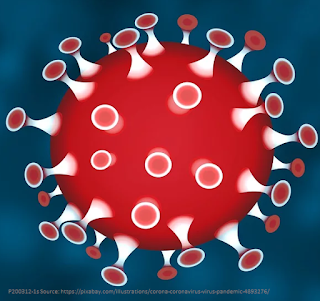 The novel coronavirus that causes the disease COVID-19 will harm the U.S. economy. That we know, even though, as of this writing, the effects have barely begun to show up in statistics on employment, inflation, and real output. But just how bad will the impacts be, and what, if anything, can be done about them?

Although the economic effects of the virus will be complex, and we are sure to see some surprises, we can learn a lot from a simple model of the macroeconomy used in Econ 101 courses everywhere. This new slideshow presents a brief tutorial.

The model used in the tutorial is based on the concepts of aggregate demand and aggregate supply.
When the economy is operating smoothly, as it was, for the most part, early in 2020, the rate of inflation is low and real output is close to potential GDP, which is the quantity of goods and services that can be produced in the long run without causing the economy to overheat.

A Safety Net for the Job Apocalypse

Automation and artificial intelligence are increasingly disrupting the labor market. Some see a coming “job apocalypse.” Others simply see a continuation of existing trends toward growing inequality as more and more people fall out of the middle class into less stable, lower-income employment. In either case, we are not prepared.

One of the many things that need attention is our social safety net, especially those parts of it that deliver health care and income support to those in need. This post suggests two major safety net reforms that would mitigate the impact of coming shocks to the labor market.

A specific scenario will help focus the discussion — one based on a job category that is likely to grow in the coming years even as many routine and repetitive jobs disappear. That category comprises home health aides, personal care aides, and other occupations that can be loosely referred to as “eldercare.” These jobs are resistant to automation because they are neither repetitive nor routine. Moreover, they are jobs where people value the human touch.

Can Health Insurance Be Both Universal and Voluntary? 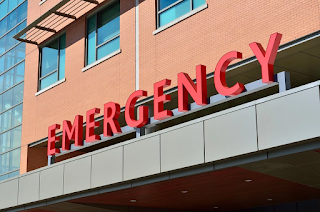 A tracking poll from the Kaiser Family Foundation finds that 56 percent of Americans favor a fully government-run Medicare for All insurance plan, but that an even larger 68 percent favor a mixed public-private approach with a public option. The most common reason given by those who support a public option but oppose Medicare for All is a desire for choice. They do not oppose the idea of public health insurance, but they do not want to be forced onto it.

Given those public attitudes, it is not surprising that many Democratic presidential aspirants have shied away from Medicare for All in favor of plans based on a public option. Pete Buttigieg emphasizes the element of choice in the very name of his plan, which he calls Medicare for All Who Want It. Other candidates backing one or another form of public option include Joe Biden, Amy Klobuchar, and Michael Bloomberg.

There is a dilemma at the heart of the public option approach, however. Is it possible to offer choice in health care coverage and still achieve universal coverage, another cherished goal of reformers? Or does the attempt to achieve universality inevitably require making enrollment compulsory?

In my view, it should be possible to preserve meaningful choice in health care while ensuring universal access to coverage. But doing so will require attention to some details of program design that the candidates’ plans have not fully addressed.

Although the universal-vs.-voluntary dilemma is inherent in all public option plans, the version advanced by the Buttigieg campaign has drawn the most attention to the issue. At least part of the reason is that the Buttigieg plan comes closest to addressing the dilemma directly. Writers for The Washington Post, The New Republic, the Wall Street Journal, and Slate have all argued that his public option is designed in such a way that it would inevitably become compulsory.

The central question in all of this is how to ensure that the risk pool covered by the public option includes an adequate number of healthy subscribers along with those who are ill. If people can easily buy into coverage only after they become sick and drop out at will when they recover, the average cost of claims made by those left in the pool rises and premiums become unaffordable. The result is the notorious “death spiral,” known to economists as adverse selection.