One of the most common criticisms of social safety net programs is that they discourage work. As House Speaker Paul Ryan has put it, they risk becoming a “hammock that lulls able-bodied people to lives of dependency and complacency,  that drains them of their will and their incentive to make the most of their lives.”

It is not hard to find examples in which the threat to work incentives is real. Not long ago, in a post on labor market adjustments to trade shocks, I cited a recent report from the Congressional Budget Office, according to which taxes and benefit reductions can claw back as much as 80 percent of each dollar of additional income earned by households whose income is just above the poverty level.

A few days later, however, a reader called my attention to a paper, “It Pays to Work: Work Incentives and the Safety Net,” by Isaac Schapiro and colleagues at the Center on Budget and Policy Priorities. The CBPP team uses the very same CBO data to support the opposite conclusion:


Some critics of various low-income assistance programs argue that the safety net discourages work.  In particular, they contend that people receiving assistance from these programs can receive more, or nearly as much, from not working — and receiving government aid — than from working. Or they argue that low-paid workers have little incentive to work more hours or seek higher wages because losses in government aid will cancel out the earnings gains.
Careful analysis of the data and research demonstrates, however, that such charges are largely incorrect and that it pays to work.

What is going on here? How can it be that the same data support both the view that the social safety net discourages work, and that it does not? 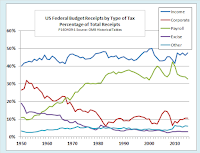 The Obama administration has taken off the gloves in its war on runaway corporations. On April 4, theTreasury released a new set of rules designed to curb “inversions,” a strategy in which a US company cuts its corporate tax burden by merging with a foreign company and moving its official tax residence out of the United States. The pharmaceutical giants Pfizer and Allergan immediately announced that they would abandon their pending mega-billion inversion deal.

The new rules are a change in policy for the administration. At one time, President Obama saw the US corporate tax code as needing deep reform, not stronger enforcement. In his 2011 State of the Union Address, he said:


Over the years, a parade of lobbyists has rigged the tax code to benefit particular companies and industries.  Those with accountants or lawyers to work the system can end up paying no taxes at all.  But all the rest are hit with one of the highest corporate tax rates in the world.  It makes no sense, and it has to change.

So tonight, I’m asking Democrats and Republicans to simplify the system.  Get rid of the loopholes.  Level the playing field.  And use the savings to lower the corporate tax rate for the first time in twenty-five years—without adding to our deficit.  It can be done.

It could have been done, but it wasn’t. Now, instead, Obama seems have adopted the views of progressive icon Senator Elizabeth Warren, as expressed in a speech last November, reported on the progressive website Common Dreams. Warren disagreed with the contention that corporate taxes are too high. She urged Treasury Secretary Jack Lew, who was already working on the new rules, to be sure they were written in a way that increased the amount of taxes that corporations pay:


When I look at the details, I see the same rigged game, a game where Congress hands out billions in benefits to well-connected corporations, while people who really could use a break. . . are left holding the bag.

In my opinion, the Obama of 2011 was right, while Warren, and the Obama of 2016, are wrong. Here is why real corporate tax reform—preferably the complete abolition of the corporate income tax—is a cause that progressives should embrace as enthusiastically as do conservatives.

How Reform of the Social Safety Net Could Mitigate the High Costs of Trade Adjustment: A Response to Autor et al. 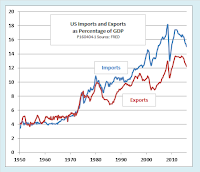 The two most watched candidates of this presidential election season, Donald Trump and Bernie Sanders, have put anger over the effects of free trade at the center of their campaigns. In doing so, they have won millions of votes.

Many of the arguments they use in their stump speeches are overly simplistic, but the anger is real. And, as Eduardo Porter noted recently, angry voters have a point: New research suggests that economists have long understated the costs of trade and underestimated the time required for the economy to adjust to the trade shocks that rapid growth of both US imports and exports have produced.

If that research is correct, if free trade really causes more pain than we thought, what is the right policy response? Not protectionism, in my opinion, but there are measures we could and should take to ease the pain. Read on.

What the New Research Seems to Show

Jared Bernstein, a Senior Fellow at the Center for Budget and Policy Priorities, points out that how we assess the balance between the costs and benefits of trade depends on whether we view people as consumers or as workers.

Consumers benefit from free trade through lower prices and access to a wider variety of products. The impact on workers is more complex. Some lose jobs at factories that can no longer compete with imports. Waiters at local restaurants lose income when unemployed factory workers stop taking their families out to dinner. At the same time, new jobs open up as trade expands employment in export industries, and as lower prices of imported goods leave consumers with extra money to spend on local goods and services.

The impact on workers depends to a large extent on whether those who lose their jobs to import competition can find their way to the new jobs created elsewhere. To take an example from my last post, suppose consumers save $1.1 billion from cheaper imported tires at the cost of 1,200 jobs lost in the tire industry. At more than $800,000 in gains to consumers per job lost, that sounds like a huge net gain for the economy as a whole. But is it a net gain for Joe, the tire worker? Not unless he quickly finds a new job as good, or nearly as good, as the one he lost.