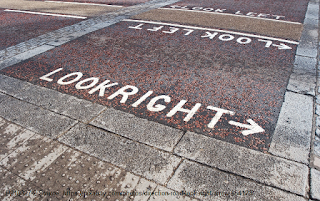 Writing for the New York Times, Bret Stephens tells us  why the new party that 62 percent of Americans say we need must be a centrist one, and why it must be liberal. Not “liberal” as used in the United States to describe progressive populism, but liberal in the classical sense of support for democracy, the rule of law, and the Bill of Rights. That, he says, is the neglected territory of American politics. It’s the place he thinks most Americans still are, temperamentally and morally, and might yet return to if given the choice.

He is right about all that. But then he almost spoils it with one churlish phrase: “By ‘liberal,’” he says, “I don’t mean big-state welfarism.” Perhaps that is just a sop to his conservative fans, but to me it suggests a misunderstanding of the type of governments and social policies that underpin the freedom and prosperity of the world’s other liberal democracies.

If you favor liberal democracy, focus on the quality, not the size of government

Stevens yearns for a party anchored in the liberal values of freedom, democracy, and the rule of law. The best book about liberalism that I have read recently is Kevin Vallier’s Trust in a Polarized Age. Vallier is a pragmatist, less interested in ideology than in what he calls liberal rights practices, the actual nuts and bolts that make freedom and democracy work. He identifies five of these: freedom of association, markets and private property rights, democratic constitutionalism, electoral democracy, and social welfare programs. Setting social welfare programs aside for a moment, let’s look at the relationship between the size of government and Vallier’s other four liberal rights practices in countries around the world.