Why We Should be Skeptical About Guaranteed Jobs 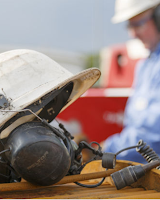 The idea of a national job guarantee (JG) is about to go mainstream. The concept is far from new, but for the first time in decades, it is being endorsed by politicians with national stature. Sen. Bernie Sanders has promised to submit a legislative proposal. Other Democratic presidential hopefuls are showing interest. Academics, including Levy Economic Institute’s L. Randall Wray and Pavlina Tcherneva, have provided detailed blueprints for a national JG program.

No one denies that it would be nice if everyone who wanted to work could find a job, but before we start to beat the drum for a full-bore national job guarantee, we need a reality check. In a recent post, my  Niskanen Center colleague  Samuel Hammond outlined three reasons to be skeptical:
These are valid points. Let me add three more reasons to be cautious about a national job guarantee.

As of April 2018, some 6 million people were officially unemployed, that is, counted as not working but actively looking for work. However, not all of those would be candidates for public-service jobs. Both in good times and bad, many of the unemployed are merely on temporary layoff or engaged in short spells of unemployment between jobs. At present, 33 percent of unemployed workers have been out of work for 5 weeks or less and another 31 percent for 5 to 14 weeks. Even in a bad year like 2010, nearly 40 percent of the unemployed were out of work for 14 weeks or less. Providing short-term in-and-out jobs for the temporarily unemployed is not the purpose of a JG. Even if offered such jobs, most of the short-term unemployed would probably prefer to keep looking for something more suited to their skills and interests.

Crop Insurance Should Die, Yet It Lives On

As I post this, Congress is debating the farm bill renewal. In a rational world, it would eliminate or greatly scale back our absurd system of crop insurance, but it appears that once again, the program will live on.

Insurance plays an essential role in any market economy. By spreading losses among members of a group with similar exposure, insurance encourages people to take prudent risks while protecting them from financial ruin in case they are the unlucky ones. But not all insurance is equal. Sometimes, rather than representing the public interest, a public insurance program can come to represent a special interest subsidy in disguise. Crop insurance, the multi-billion-dollar government subsidy that lies at the heart of the farm bill that is now working its way through Congress, is a case in point.

Let’s take a look at the strange economics of crop insurance, and what can be done to fix it.

Crop losses are not an insurable risk

The problems of crop “insurance” begin with the fact that crop losses are not really an insurable risk. Crop insurance violates three of the most important rules that economists have developed to identify which risks are insurable and which are not.

The Role of Preventive Care in Healthcare Reform

“Remember the old saying that ‘an ounce of prevention is worth a pound of cure’?” asks United Healthcare. “Maintaining or improving your health is important – and a focus on regular preventive care, along with following the advice of your doctor, can help you stay healthy … Routine checkups and screenings can help you avoid serious health problems, allowing you and your doctor to work as a team to manage your overall health, and help you reach your personal health and wellness goals.”

You would think that a private insurer, on the hook for big claims down the road if preventive measures did not catch health problems early, would know, if anyone did. Popular opinion seems to agree. Readers of some of my own earlier healthcare posts have often offered opinions such as, “A couple hundred dollars of preventive medicine will prevent tens to hundreds of thousands of dollars being spent,” and, “Anyone who has ever visited a physician knows that preventive care is cheaper in the long run.”