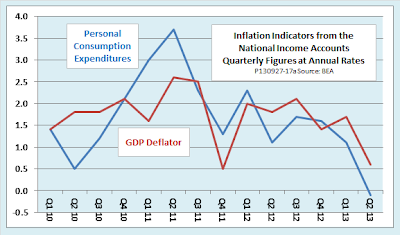 Whatever Became of the Money Multiplier?

If you are teaching or taking an introductory macroeconomics course this fall, you will, at some point, encounter the money multiplier. The multipier posits that there is a stable ratio between M2, the stock of ordinary money in the economy, which consists of currency and bank deposits, and the monetary base, also known as high-powered money, which consists of paper currency issued by the Fed plus reserve balances that commercial banks hold on deposit at the Fed.

Your textbook will go on to explain that the money multiplier gives the Fed great power over the economy. The Fed is able to use open market operations (purchases and sales of government bonds) to control the monetary base. The monetary base, in turn, serves as the raw material from which banks create ordinary money for the rest of us. If the money multiplier has a value of, say, eight, then banks can and will create eight dollars of deposit money for each dollar of high-powered money. Add in the assumption that the quantity of money in circulation powerfully influences investment and consumption spending, and you can see why we obsess so much about quantitative easing, who will win appointment as the Federal Reserve Chair, and every comma in every press release that issues from the stately Eccles building on Constitution Avenue.

There is just one problem. As the following chart shows, something has gone badly wrong with the money multiplier in recent years. For most of the 1990s and 2000s, it was steady as a rock. From 1994 to 2007, the 12-month moving average of the multiplier stayed in a narrow range, between 8.0 and 8.4. Then it fell off a cliff. By July of this year, it had reached a record low of 3.24.

What happened? To answer that question, we need to look a little more closely at the textbook explanation of how the money multiplier is supposed to work, at some features of the banking system that the multiplier model downplays, and finally, at some recent research. >>>Read more
Posted by Ed Dolan at 6:40 AM 1 comment:

US Working Age Poverty Remains Near Record High in 2012

The Bureau of the Census released data for U.S. poverty rates and family income today. The headline poverty rate for all individuals was essentially unchanged from 2011, at 15 percent. The poverty rate reached an all-time low of 11.3 percent in 2000. Median family income declined from $51,100 to $51,017, a change that is not statistically significant.

One of the most striking trends in recent poverty data has been the rise in poverty among the working-age population. As the following chart shows, when the government first began to publish poverty data, the elderly were the poorest segment of the population, with children in second place. Since that time, poverty rates among the elderly have fallen dramatically, while those of children have changed little. Meanwhile, the poverty rate for working-age individuals (defined as 18 to 65 years) has risen, and has continued to rise during the current economic recovery. It reached 13.7 percent of the population in 2010, and has not showed a statistically significant change from that level since.

One might wonder why working-age poverty would not have decreased as a result of the gradual fall in unemployment rates. Another data series helps explain why it has not.>>>Read more
Posted by Ed Dolan at 7:49 AM No comments:

What Does the U-6 "Broad Unemployment Rate" Really Tell Us?

During the recent deep recession and slow recovery, U-6, an alternative measure of unemployment issued by the Bureau of Labor Statistics, has received increased attention. People often refer to U-6, which includes several groups of workers in addition to the officially unemployed, as the “broad unemployment rate.” No doubt, part of its popularity stems from the simple fact that the broad measure of joblessness makes the employment situation look worse than the standard one, and bad news attracts readers and viewers. Beyond that, thought, just what does U-6 really add to our understanding of labor market conditions?

What U-6 tells us

The main contribution of U-6, as I see it, is to remind us that those whom the BLS defines as unemployed—those who are not working for pay even an hour a week but have looked for work within the last four weeks—are not the only ones who suffer when labor markets are weak. U-6 brings in two groups of people who feel  labor market distress even though they do not fit the official definition of unemployed:>>>Read more
Posted by Ed Dolan at 4:36 PM No comments:

US Unemployment Rate Falls to 7.3 Percent in August, a New Low for the Recovery

The U.S. unemployment rate edged down from 7.39 percent in July to 7.28 percent in August, according to data released today by the Bureau of Labor Statistics. The decrease did not, however, reflect an across-the-board strengthening of the labor market. According to the BLS household survey, the civilian labor force, the number of unemployed, and the number of employed all decreased slightly for the month, both before and after seasonal adjustment. The labor force participation rate and the employment-population ratio also decreased on the month.

The BLS also publishes data on a broader measure of unemployment and undermployment known as U-6. That measure takes into account people who are working part-time but would prefer full-time work, and so-called marginally attached workers. The latter incude people who have not looked for work because they think none is available and people who would like a job and are available for work, but who did not look for work in the previous four weeks because of study, family responsibilities, or other reasons. Both involuntary part-time workers and marginally attached workers decreased for the month, bringing U-6 to 13.7 percent. As the chart shows, that also was a new low for the recovery.

According to the separate survey of business establishments, the number of payroll jobs grew by 169,000 during August. The establishment survey excludes farm workers and the self-employed, does not correct for workers holding two jobs, and differs in other details of methodology. It is not unusual for the household employment data and the payroll jobs data to point in opposite directions. >>>Read More

Brazil’s volatile currency, the real, is back in the news. Two years ago, the real hit all-time highs against the dollar. The rise prompted Brazil’s finance minister, Guido Mantega, to accuse the central banks of advanced countries, the Fed in particular, of conducting a “currency war” at his country’s expense.  Now the real is heading back toward the lows it reached in 2008, at the depth of the global financial crisis. One might think that if a strong real is bad, then a weak real must be good, but that has not been the reaction. Instead, the recent depreciation has caused Brazil’s central bank president to complain about the “adverse winds” from a strong dollar.

Why are currency fluctuations, regardless of direction, so painful, and not just for Brazil? The traditional notion is that exchange rate movements, whether appreciation or depreciation, produce roughly equal gains and losses. Some of them come from the effects on trade in goods and services. When a country’s currency appreciates, its exporters find it harder to sell their products abroad and domestic producers have a harder time competing with imports. They are losers. Meanwhile, firms that use imported inputs and consumers of imported goods are winners. There are also financial effects. People whose foreign currency assets exceed their foreign currency liabilities gain from appreciation of the domestic currency, and those with foreign currency liabilities greater than foreign currency assets lose.>>>Read more
Posted by Ed Dolan at 6:56 AM No comments: