Open Memo to Rand Paul: An Outline for a Libertarian Fiscal Policy “As President,” says candidate Rand Paul, “I will work to authorize common sense solutions that will solve our nation's fiscal crisis.” He has floated a broad proposal for a constitutional amendment that would require the federal government to balance its budget. Soon he will need to start filling in the specifics. Here are some ideas that would combine common sense and fiscal prudence while remaining true to Paul’s libertarian principles.

Rand Paul is no anarcho-capitalist. He sees a legitimate, but limited, role for government in national defense, law enforcement, the justice system, and certain other areas. As Ralph Benko notes in a recent Forbes article, that places him in the classical liberal wing of the libertarian movement. With the option of zero government off the table, the remaining minimal state must raise revenue and spend it. A libertarian of classical liberal inclinations cannot get along without some kind of fiscal policy, so what should it look like?

The first principle should be, “Do no harm.” In a medical context, that precept will be familiar to a physician like Senator Paul.  In economics, “do no harm” means a policy of fiscal neutrality—one of managing both the revenue and spending sides of the budget in a way that disrupts the functioning of the market economy as little as possible.

Unfortunately, many past Republican proposals for budget balancing do not meet the standard of fiscal neutrality. Take, for example, the balanced budget amendment proposed not long ago by Utah Senators Orin Hatch and Mike Lee. As I discussed in an earlier post, that proposal, and others that would require  the federal budget to be exactly balanced each year, would be the opposite of neutral.

Because tax revenue falls when the economy contracts, a rule like Hatch-Lee would mandate sharp cuts in spending or increases in taxes each time the economy entered a recession. Those measures would deepen the slump and prolong the recovery. Even worse, from a libertarian perspective, they would provide little or no restraint on spending when tax revenues rose in good times. Lobbyists would descend on Washington like locusts, full of ideas on how to spend the surplus. In short, requiring strict annual balance for the current budget is anything but common sense. >>>Read more
Posted by Ed Dolan at 4:04 AM 1 comment: 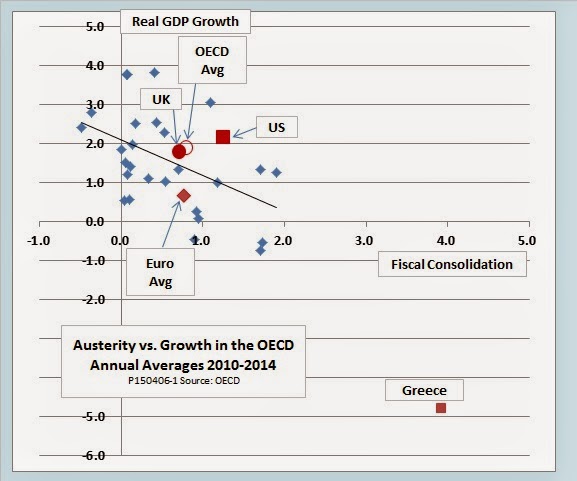 What ShadowStats Gets Right and What it Gets Wrong 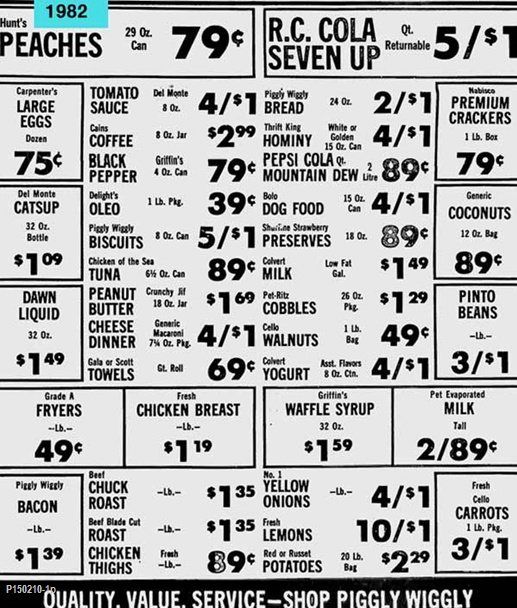 It is hard to think of a website so loved by its followers and so scorned by economists as John Williams' ShadowStats, a widely cited source of alternative economic data on inflation and other economic indicators. Any econ blogger who has ever written a line about inflation is familiar with ShadowStats. Time and again, readers cite it in comments, not infrequently paranoid in their tone and rude in their language.

Brief replies that cast doubt on some of more extreme claims made by ShadowStats fans don’t seem to have much effect. After a recent round of comments, I promised the editor of one website to undertake a thorough deconstruction of ShadownStats. Here is the result.


What ShadowStats Gets Right: The CPI is a Flawed Measure of the Cost of Living