Carbon Pricing and its Green Critics

Carbon pricing is firmly entrenched as the go-to climate policy for economists, yet many with training in other sciences and social sciences remain skeptical. As one critic puts it, “Of the policy tools in the carbon toolbox, carbon pricing is the tiny flathead screwdriver used to fix glasses.”

In my view, the skeptics have the wrong analogy. Instead of a tiny screwdriver, I like to think of carbon pricing as the drip irrigation of climate policy. Israeli farmers have shown how drip irrigation, used together with a suite of other policies, such as reusing treated sewage, finding and fixing leaks early, and engineering crops for harsh conditions, can make the desert bloom. Similarly, carbon pricing, although working quietly and largely out of sight, can serve as an integral part of a whole set of measures, such as performance standards, regulatory reform, and green industrial policy, which together can achieve the goal of deep decarbonization.

So why all the skepticism? Here are what I see as the main points at issue between the proponents of carbon pricing and their critics. 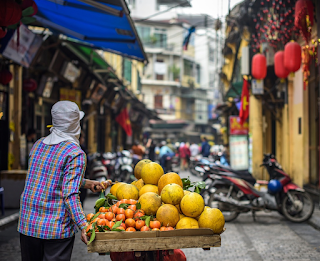 December saw the release of the 2020 edition of the Human Freedom Index, published jointly by the Cato Institute and the Fraser Institute. The index is a massive effort that combines an Economic Freedom Index developed by the Fraser Institute with a separate index of personal freedom compiled by Cato. The freedom indexes and the data behind them are a treasure trove for data junkies like me. This commentary takes the data for a test drive by exploring a key finding of the Cato-Fraser report: that economic freedom and personal freedom go hand in hand.

Figure 4 in the freedom report is a scatter plot that shows a strong correlation between economic and personal freedom. My version of the chart looks like this:

The analysis section that follows explores what goes on behind the scenes to produce the striking relationship between economic and personal freedom. In a concluding section, I make several suggestions for strengthening the economic freedom portion of the index. Readers who are willing to take my conclusions at face value without examining the statistical details of how I reach them can skip the analysis section and go directly to the conclusions.

The Case Against Premature Fiscal Austerity 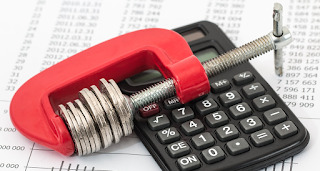 A new Congress has convened. Soon the battle of the budget will begin. On one side will be the advocates of stimulus, who think the economy needs help to recover fully from the damage done by the pandemic. On the other side will be the deficit hawks, refreshed after their long slumber during the Trump administration.

The case for a sharp turn toward fiscal austerity rests in large part on the idea that we are at the edge of a precipice, poised for a plunge into insolvency, default, hyperinflation, and who knows what other disasters. A new book from the Cato Institute, A Fiscal Cliff conveniently gathers the views of fiscal conservatives into a single volume. This commentary reviews some of the most common arguments for fiscal austerity and explains why they don’t hold up.