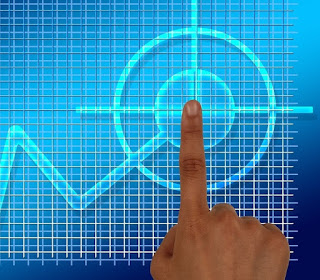 The United States entered the COVID-19 crisis with an unusually large budget deficit for an economy at or close to full employment. Even if employment, output, and growth were to recover quickly to where they were at the end of 2019 (something that is far from certain), the deficit, under current law, will remain large.

The good news is that interest rates are likely to remain well below the rate of GDP growth for the foreseeable future, as they have since the beginning of the century. As long as that remains the case, there is no danger of an “exploding debt” scenario in which a large but constant federal deficit causes debt to grow without limit as a share of GDP. At this point, the greatest danger to the recovery is premature austerity. Still, as the recovery proceeds, we are sure to hear it argued on both economic and political grounds that the deficit should be reduced.

At that point, the search will be on for ways to close the budget gap. Although everyone will roll out their favorite spending cuts, much of the heavy lifting is going to have to come on the revenue side of the budget. As former Trump adviser Gary Cohn put it recently, talking to CNN’s Fareed Zakaria,

Our next Congress, the Congress that sits down in 2021, almost has to sit down and look at our spending and our revenue side. … How we spend money? There are a lot of places where we could cut back. In addition to that, I think they have to look at our tax system and think of ways that we raise revenue.

No area of the tax code is more ripe for reform than the preferential treatment given to capital gains. While incomes from wages and salaries face a maximum tax rate of 37 percent, capital gains on assets held for more than a year, in most cases, are taxed at a maximum rate of just 20 percent.

The benefits of the capital gains tax preference flow predominantly to the rich. Some 70 percent of the benefits go to taxpayers with annual incomes of $1 million or more, who enjoy annual benefits of $145,000 each. Benefits for households with incomes of $50,000 or less average about $10. For years, backers have tried to find broader justifications for this tax break, contending that benefits to the few somehow trickle down to the rest, but their efforts are less than convincing.

Here are some of the many issues raised by the capital gains tax preference, and the many reasons why its elimination should be at the top of the list in the search for additional sources of federal revenue.
Read more »
Posted by Ed Dolan at 12:02 PM 4 comments:

How Household Debt Threatens the Recovery 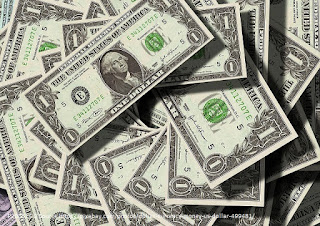 The COVID-19 pandemic is having a disproportionate impact on the health of low-income Americans, but even those low-wage workers who avoid the disease itself are likely to suffer grave economic distress.

In part, that is because workers with lower incomes have been more likely to lose their jobs than those who are better paid. The Pew Research Center reports that 32 percent of upper-income adults say that someone in their family has lost a job or taken a pay cut due to the outbreak. That compares with 42 percent of middle-income households who report lost jobs or pay cuts, and 52 percent of low-income households.

But pay is only part of the story. To fully understand the disparate economic impact of the pandemic, we need to look also at household wealth, or more exactly, net worth. The margin by which assets exceed household liabilities is crucial to a household’s ability to weather a job loss or a pay cut without catastrophic effects. And household net worth is not only less equally distributed than income — it is also frighteningly fragile for those in the bottom half of the population. That fragility is a major threat to hopes for a speedy economic recovery, as we will see.
Read more »
Posted by Ed Dolan at 11:02 AM 1 comment: