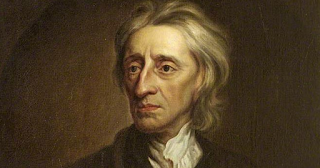 In an well-argued essay, Jonathan Adler argues that libertarian environmentalists ought to take property rights seriously. No writer has had a greater impact on classical liberal and libertarian thinking about property than John Locke. It follows that any would-be free market environmentalist must take Locke seriously. And not just Locke’s theory of property. His theory of government, as laid out in his 1690 Second Treatise, is equally important. In what follows, I will argue that considering Locke’s ideas on both property and government leads to conclusions that justify even stronger policy actions that Adler advocates.

Locke states the essence of his theory of property in this famous passage:

Though the earth, and all inferior creatures, be common to all men, yet every man has a property in his own person: this no body has any right to but himself. The labour of his body, and the work of his hands, we may say, are properly his. Whatsoever then he removes out of the state that nature hath provided, and left it in, he hath mixed his labour with, and joined to it something that is his own, and thereby makes it his property. It being by him removed from the common state nature hath placed it in, it hath by this labour something annexed to it, that excludes the common right of other men: for this labour being the unquestionable property of the labourer, no man but he can have a right to what that is once joined to, at least where there is enough, and as good, left in common for others.” (Chap. 5, sec. 27)

A few pages later, Locke makes it clear that the principle for acquiring property applies not just to acorns gathered in the woods, but to the land itself:

As much land as a man tills, plants, improves, cultivates, and can use the product of, so much is his property. He by his labour does, as it were, inclose it from the common. (Chap. 5, sec. 32)