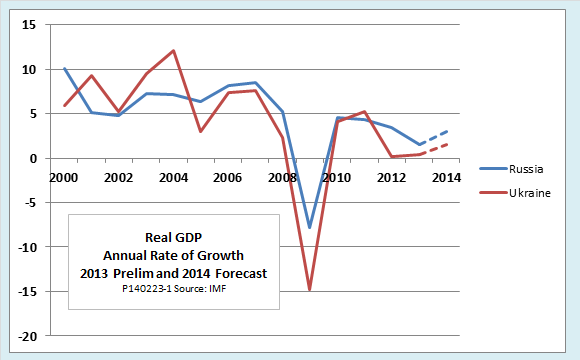 Energy is a big part of the nexus between Russia and Ukraine. Russia is the world’s largest exporter of oil and natural gas. Ukraine is one of the world’s most energy-dependent economies, and one of the least energy efficient. Data from the World Resources Institute show that Ukraine uses 3.5 times more energy per dollar of GDP than Germany, 2.5 times more than the United States, and about 10 percent more than its also inefficient neighbor to the north. >>>Read more
Posted by Ed Dolan at 7:06 AM