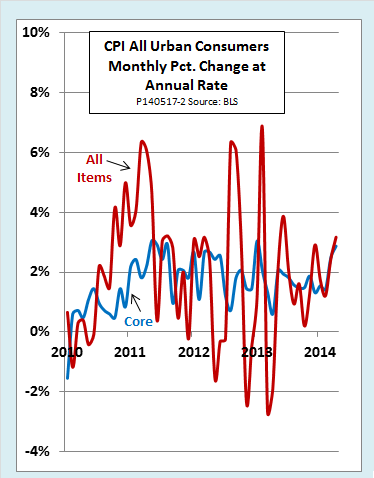 The Bureau of Labor Statistics announced this week that the U.S. consumer price index rose at an annual rate of 3.17 percent in April. That was the fastest rate in 10 months. Prices for gasoline, cars, and medical services helped push the index higher.

The core CPI, which excludes volatile food and energy prices, rose at an annual rate of 2.87 percent, also a faster rate than in March.

Follow this link to view or download a classroom-ready slideshow with charts of the latest inflation data.