How Big a Prize is Eastern Ukraine's Heavy Industry? 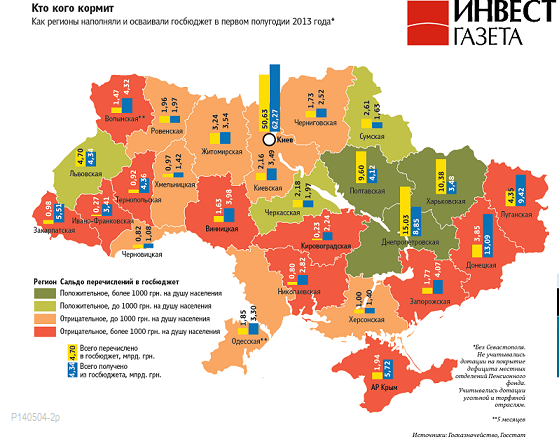 According to some accounts, the conflict in Eastern Ukraine is a tug of war over the region’s mines, steel mills and other heavy industry. The website European Dialog, for example, tells us the region is “crucial to Russia,” which “values Ukraine because of industries, like steel and agriculture, that have served as vital inputs for Russia’s economy from the Soviet era to the present.”

Others view Eastern Ukraine’s heavy industry as more of a liability than a prize, and see the current conflict as a geopolitical one that can have no good outcome for the population. Speaking to a reporter from The Guardian, coal miner Igor Yefremov expressed his fear that “If we join the European Union our mines and factories will shut down.” At the same time, he acknowledged, “Already the orders from Russia are drying up. Russia doesn't want us because of the chaos in Kiev."

So where does the truth lie? Is Eastern Ukraine’s heavy industry a glittering economic prize or a white elephant? Or is it simply irrelevant to a conflict that is fueled more by Vladimir Putin’s testosterone and popular nostalgia for a vague but warmly remembered Soviet past?>>>Read more
Posted by Ed Dolan at 6:22 AM