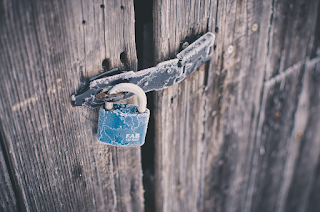 Achieving the needed level of testing is going to require careful coordination of the complex supply chain that produces diagnostic machines, swabs, reagents, and all the other necessary bits and pieces. To coordinate the effort, The Roadmap calls for a Pandemic Testing Board (PSB) at the federal level, akin to the War Production Board that the United States created in World War II. The PSB will need to do more than just manage the supply chain for existing types of tests. Innovation will be needed, both in conventional tests for the virus itself and in serologic testing for markers of immunity.

Supported isolation. Like all credible reopening plans, The Roadmap calls for testing to be followed by contract tracing and isolation of individuals who have active infections or have been exposed to the virus. What makes this plan different is its emphasis on supported isolation. To quarantine people must not be to sentence them to economic ruin.

For the essential workers who comprise some 40 percent of the labor force, support during any necessary period of isolation means full sick pay and a guarantee of a job at the end of the quarantine period. Support must also be extended to vulnerable groups like nursing home residents, the incarcerated, and the homeless. For everyone, supported isolation is needed to remove the economic desperation that drives vulnerable individuals to break quarantine and report to work while sick.

Realistic and systematic phase-in. It is easy to talk about a phased opening, but The Roadmap, unlike the White House version, lays out the phases in detail:
Does all this sound expensive? You bet. But the cost of such a testing and tracing program — $50–500 billion over two years — would be dwarfed by the economic cost of continued collective quarantine, estimated at $100–350 billion per month. The cost would also be insignificant in comparison with the loss of tens of thousands of lives if premature reopening led to a second spike in infections.

Will the public buy it? In a recent Morning Consult poll, 81 percent of respondents chose “Americans should continue to social distance for as long as is needed to curb the spread of coronavirus even if it means continued damage to the economy” compared to just 10 percent who said “Americans should stop social distancing to stimulate the economy even if it means increasing the spread of coronavirus.”


Will Congress buy it? Will the president? They will if they hear from you. If you are in the 81 percent, don’t let the noisy demonstrations of the 10 percent drown out your voice. Let the political establishment know: You are tired of the COVID lockdown AND you want to end it the right way.