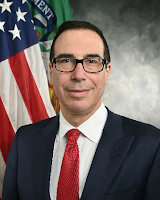 In today’s New York Times, Jessica Silver-Greenberg reports on a dispute between two federal agencies that pits Steven Mnuchin’s Treasury Department against the Consumer Financial Regulatory Commission (CFRC), headed by Richard Cordray, an Obama appointee. The controversy centers on a proposed CFRC rule that would prohibit financial institutions from enforcing fine-print clauses that mandate private arbitration and prohibit class-actions in contracts governing credit cards, car loans, and the like.

Class actions play a key role in resolving disputes in which a deep-pocket corporation is alleged to cause small harm to many individuals. Air pollution cases often fit that mold. Similar cases arise in the financial world, for example, when a credit-card issuer unfairly imposes excessive late charges of a few dollars each on thousands of customers.

Libertarians often defend both private arbitration and class actions in principle as desirable features of a free-market system of dispute resolution. For example, in a discussion of air pollution in his 1973 manifesto For a New Liberty, Murray Rothbard wrote,


Obviously, if a factory pollutes the atmosphere of a city where there are tens of thousands of victims, it is impractical for each victim to sue to collect his particular damages from the polluter (although an injunction could be used effectively by one small victim). The common law, therefore, recognizes the validity of "class action" suits, in which one or a few victims can sue the aggressor not only on their own behalf, but on behalf of the entire class of similar victims.

However, in practice, free-market thinkers have sometimes tempered their enthusiasm for class actions with fine-print clauses of their own. In another more technical and detailed article on Law, Property Rights, and Air Pollution, Rothbard piled on procedural limitations, including restrictions on joinder of both plaintiffs and defendants, uniformity of interests, and proof of causation, that would render the actual use of class actions impractical. (See here for more on the role of class actions in pollution cases.)

Evidently, Trumpian populists are caught in the same dilemma Rothbard was when it comes to class actions. In their public rhetoric, they pose as defenders of the little guy, a stance that should, logically, favor broad use of class actions. In behind-the-scenes actions like the Treasury’s attack on the CFRC rule, however, the administration more often comes down firmly on the side of party with the deeper pockets.
Posted by Ed Dolan at 5:11 AM