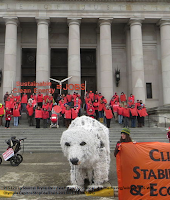 
But before you get the your hopes up, let’s take a closer look at those opinion polls. US public support for strong action on climate change may be broad, but there are indications that it is also shallow and fragile. >>>Read more
Posted by Ed Dolan at 4:44 AM