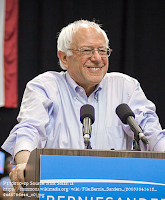 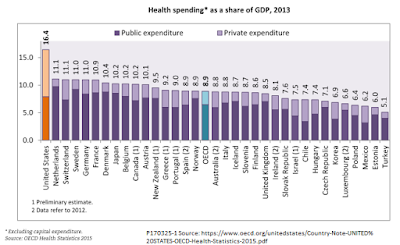 How do other countries make universal access work? There are so many models they are hard to describe in brief, but one way to classify them looks like this:


Few if any of these systems provide coverage as broad as that envisioned by Sanders’ MFA. For example, Canada has limited coverage of prescription drugs (although the government does control prices), and many countries do not fully cover long-term care, mental health care, eye care, or dental care. Some of the countries listed have co-pays or deductibles for some services.

There are, in addition, other proposals for universal healthcare access do not fit easily into the above classification. Universal catastrophic coverage, an idea advocated for years by various American reformers, is one of them. Another example is Singapore’s unique system, which features mandatory private insurance with subsidies for the poor.

In short, there are many routes to the goal of universal healthcare access. Americans, in their wisdom, may decide to adopt something like the Sanders plan, but if they were to get the same result in a different way, there would be no great reason to be disappointed.

Another reason to drop the single-payer term is that it is not even an accurate description of Sanders’ MFA proposal itself. MFA, in which providers would remain mostly private, is closer to the national insurance model than it is to the Beveridge model, where providers are more often government employees and institutions.

Also, Sanders’ plan allows for parallel, private healthcare outside the framework of MFA. Sec. 303 of the draft bill, “Use of Private Contracts,” gives providers the choice of working within MFA or opting out and entering into private contracts with patients. The only real restrictions on private contracts are that they must be all or nothing. A provider cannot accept the standard reimbursement for a treatment from MFA and then collect an additional fee from the patient for the same treatment.
There are several reasons that some patients and providers might prefer private contracts. For example:
Just how widespread the use of private contracts might be would depend, in large part, on how generously or tight-fistedly MFA as a whole were administered. If medical necessity were interpreted broadly, reimbursement rates were generous, and funding  sufficient to ensure timely access to care, then for-contract healthcare would probably be a small niche market, as it is in the UK. If aggressive cost controls excluded too many treatments, made participation unattractive to providers, and led to long waiting periods, Sec. 303 might give rise to a substantial parallel healthcare system, with MFA itself used mainly by low-income households.

The single-payer label is a political distraction

A third reason to drop the single-payer label is that it is a political distraction. A recent Pew survey shows that 57 percent of Americans, including 30 percent of Republicans, think that it is the government’s responsibility to make sure that everyone has access to healthcare. However, fewer than half of Democrats (43 percent) and very few Republicans (10 percent) favor a single, national system. The others say they would prefer a mix of government and private programs.

Calling Sanders’ plan “single payer,” then, makes it an unnecessarily hard sell. With its predominantly private providers and its allowance for a parallel private payment system, MFA is, in truth, a mixed system. If the Pew numbers are accurate, swapping the “single-payer label” for “universal access” would more than double its support among both Democrats and Republicans.

Furthermore, backers of Sanders’ plan should seize on the fact that Republicans are already on record as favoring universal healthcare access. Their 2017 House Policy Brief on repeal and replace specifically endorses “a patient-centered health care system that gives Americans access to quality, affordable care” and promises “coverage protections and peace of mind for all Americans—regardless of age, income, medical conditions, or circumstances.” True, judging by their votes on recent bills that would have reduced healthcare coverage, rather than expand it, many Congressional conservatives don’t take this language seriously. Still, as long as it remains the official party line, Democrats can point out that MFA only fulfills a universal access pledge that the GOP itself has made.

The introduction of Sanders’ Medicare for All has triggered a debate within the Democratic party. Many of the most likely 2020 presidential candidates have endorsed the bill. None of them wants to be outflanked on the left, so why be satisfied with a healthcare proposal that merely matches the performance of Germany, France, or the UK? Why not leapfrog our European peers and introduce a system that offers broader coverage, less cost sharing, and more centralization than any of them?

At the same time, even some dedicated progressives have doubts. “Is this really where progressives want to spend their political capital?” asks Paul Krugman in his New York Times column. Writing for Axios, Drew Altman, a strong supporter of universal access, worries that “single payer” offers Republicans too easy a way to change the subject. More narrowly tailored policy ideas could still be popular on the left and in the center, he says, while offering far smaller targets for opponents than a sweeping single-payer plan would.

It is too early to tell how this debate within the progressive camp will turn out. I do have one word of advice, however. Whether you fully support Sanders’ bill or want to narrow it down, don’t call it single payer. Call it universal access. That’s what it is, that’s what a majority of the electorate wants, and that’s the way to sell it!

Reposted with minor edits from NiskanenCenter.com
Posted by Ed Dolan at 4:36 AM