Starve-The-Beast Libertarians Should Beware the Rule of the Clan 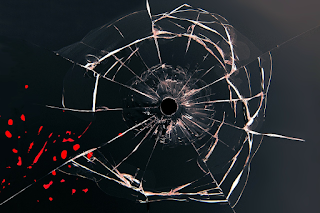 Tyler Cowen thinks that libertarians are waking up to the idea that the problem we face is not that the state is too big, but rather, that it lacks the capacity to do what needs to be done. That, in his view, is to “maintain and extend capitalism and markets.” He coins the term “State Capacity Libertarianism” (SCL) to refer to this post-anarcho-capitalist perspective.

Writing for this site, Sam Hammond offers three motivations for the transformation of old-fashioned libertarianism into the new kind. I would like to suggest an additional motivation, drawn from Mark S. Weiner's 2013 book, The Rule of the Clan.

The “starve the beast” doctrine embraced by many traditional libertarians holds that depriving the government of the resources it needs to go about its business will increase personal freedom and strengthen markets. That would make sense if the default alternative to state capacity were a free-market utopia like those portrayed in the Galt’s Gulch chapters of Atlas Shrugged or in Robert Heinlein’s The Moon is a Harsh Mistress. Unfortunately, as Weiner explains, the default alternative is something less attractive to lovers of freedom and individualism.


The rule of the clan, based on kinship, custom, and collectivism, is and long has been a feature of premodern societies. Some of them, although by no means all, have evolved into modern polities organized instead on notions of statehood, rule of law, and individualism. In the case of England, for example, a key moment in the development of state capacity was the establishment of a monopoly on dispute resolution in place of the traditional system of settling scores by armed force. In the words of a proclamation of King Alfred (849-899):


We also command that any one knowing his enemy to be at home shall not fight him before demanding justice of him in court. If the accuser has strength to surround and besiege his enemy inside the latter’s house, let him be held there seven nights and not attacked so long as he will remain inside … If, however, the accuser lacks the strength to besiege his enemy, he shall ride to the alderman and ask him for aid; if the latter refuses him aid, he shall ride to the king before beginning a fight.

Many libertarians revere English common law as a purely nonstate means of dispute resolution – “a body of customary rules that had, like languages or fashions, grown up spontaneously and purely voluntarily among the people,” to quote Murray Rothbard. In Weiner’s account, though, judge-made common law itself could not flourish until the state was able to ensure that the king’s courts, rather than swords and crossbows, were the instruments by which disputing parties settled their grievances.

It would be nice if we could view clan rule as something locked away in history books and museums of ethnography, but Weiner has a warning for starve-the-beast libertarians. We should not think, he says, that:


after a society develops liberal legal institutions, an evolutionary switch is flipped and the rule of the clan fades into the darkness of the historical past, like other outmoded social and political ideas. It becomes something that no longer has the power to touch us.

But this view is not only mistaken, it also poses a direct threat to liberal modernity itself. The relation between the rule of the clan and modern liberalism is not binary, it is dialectical. The clan persists even within the most advanced liberal societies, and understanding how and why is vital for protecting those societies and the individualist way of life they support.

In corners of modern nations where the state is weak, Weiner notes, new kinds of clan-like structures spring up to provide collective security and gain advantage for their members as a unit. Street gangs and prison gangs are examples. They serve the same security needs and belongingness needs that traditional clans do, and may even impose fictive kinship bonds, such as gang tattoos. “When you’re a Jet/If the spit hits the fan/You got brothers around/You're a family man!” is the sanitized Broadway version. Real gangs like MS-13 are a lot bloodier an a lot scarier.

Furthermore, not all clans are made up of tattooed hooligans. Today, Weiner notes, even corporations have the potential to transform themselves into clan-like systems. “What we tend loosely to call corruption is often the distribution of favors along clan lines,” he writes.


Some of Weiner’s examples of clan rule are drawn from premodern societies that had never experienced modern statehood. Others come from weak states that have yet to gain full control, or places where states that were never strong have disappeared. We can be thankful that there are no examples of modern, liberal states that have been starved to the point of fully losing their capacity to govern. But if I had to bet whether the outcome of such an event would look more like Galt’s Gulch or more like Somalia, I’d put my money on the latter.

Previously published at NiskanenCenter.org
Posted by Ed Dolan at 12:40 PM