No, Health Care for All Would Not Turn Us into a Venezuela 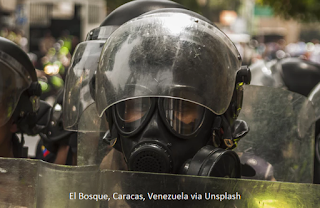 In a recent editorial for the Wall Street Journal, James Freeman plays the red scare card against Bernie Sanders’ Medicare for All (M4A) plan, which he compares to the policies of “Venezuela’s Nicolás Maduro, whose mania for wealth redistribution has brought a country to its knees.”

Freeman gets the causation backwards. Venezuela is not in crisis because Maduro has been too generous with socialist goodies like health care. Quite the opposite. The Lancet reports that from 2010 to 2014, Maduro slashed health care spending by a third — and then stopped the publication of official statistics. Since then things have only gotten worse. Collapse of the health care system is one of the major reasons Venezuelans are fleeing their country by the tens of thousands every day.

But enough of Venezuela. Freeman misses the point about Sanders’ health care plan in more important ways, as well.

It is true that M4A would be expensive. Freeman relies on a study by Charles Blahous for the Mercatus Center, which estimates that M4A would cost taxpayers $32.6 trillion over ten years, even after positing substantial savings in total national health care spending. A more detailed study by Jodi Liu for RAND (of which Blahous appears not to have been aware when he wrote his Mercatus paper) comes in a significantly lower. It estimates that a baseline version of M4A would add about $1.8 trillion a year to net federal healthcare spending without cost savings and $1.7 trillion a year with. (Those numbers assume that current revenue sources for health care remain in place but do not include any proposed new revenue sources.) A trillion here, a trillion there — either way, it’s real money.

But what are the implications and what are the alternatives? Freeman first tries framing the issue in terms of the debt and deficit:

Remember, before a single nickel is spent on a Sanders-style makeover of American health care, the Congressional Budget Office is already forecasting that U.S. government debt held by the public will surge over the next two decades to 118% of GDP from its current 78%.

That’s nonsense. Sanders’ plan, if implemented in full, would add nothing to the debt since he proposes paying for it in full with new taxes, mostly on high-income taxpayers. Freeman also neglects to mention that the added tax burden would be offset, at least to a substantial degree, by the elimination of the financial burden of insurance premiums and out-of-pocket costs that those same taxpayers now pay.

The real issue, then, is whether the sharp increases in federal taxes that Sanders’ plan calls for are the best way to finance the universal, affordable access to health care that both Republicans and Democrats profess to want.

In my view, it is not. A better way to make health care affordable would be to implement a system of universal catastrophic coverage (UCC). As I have explained in detail elsewhere, UCC would use income-based deductibles to ensure that everyone pays their fair share of health care costs, but not more than their fair share. Under UCC, the poorest families would get full coverage without deductibles, middle-class families would face deductibles similar to those they pay under the ACA, and high-income families would be responsible for all but truly catastrophic medical expenses.

Using deductibles instead of taxes would reduce the administrative costs and deadweight losses of first levying taxes on upper-income families and then returning that money in the form of health care benefits. It would also mean that all but the poorest and sickest families would have “skin in the game.” To the extent at least a major part of their health care expenses would come out of their own pockets, middle- and upper income consumers would have an incentive not only to shop carefully but also to pressure their political leaders for reforms leading to greater transparency and competition in healthcare markets.

Proper scaling of the parameters of a UCC plan could make it revenue neutral, as Liu’s RAND analysis confirms. With further tweaking, the financial responsibility of households in various income categories could be made as “progressive,” (in the distributional sense) as Sanders’ plan, or less progressive, or more so, as desired by the collective political will of Congress and the electorate.
In short, Freeman poses a false dilemma. We do not have to choose between universal, affordable healthcare or a crushing burden of taxation. The quest for health care for all need not turn us into a Venezuela — a country where an especially noxious brand of authoritarian socialism has ruined both the economy and the health care system.