The Senate's 'Budget Hoax' is Nothing New (Sad) 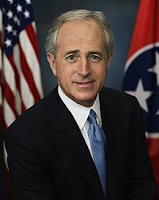 The Senate is getting ready to pass a budget resolution, six months behind schedule. On the eve of a final vote, Senator Bob Corker calls the resolution a hoax, but plans to vote for it anyway. As quoted in The Hill, Corker says,


The only thing about this that matters is preparation for the tax reform. Other than that, these amendment votes, everything about this is a hoax. A hoax. It has no impact on anything whatsoever.

He goes on to say,


Unless we create a real budget process, which this is not, our country’s fiscal situation will continue to go down the tube, and we have no mechanism to control real spending, 70 percent of which is mandatory, that’s not even covered by this.

Sadly, this is not a new problem. Decades ago, Herbert Stein, then chairman of President Nixon’s Council of Economic Advisers, wrote, “We have no long-run budget policy—no policy for the size of deficits and for the rate of growth of the public debt over a period of years.” Each year, according to Stein, the president and Congress make short-term budgetary decisions that are wholly inconsistent with their declared long-run goals, hoping “that something will happen or be done before the long-run arises, but not yet.” (Quoted in AEI Economist, Dec. 1984.)

It would be fair to say that our fiscal policy has been “going down the tube,” as Corker puts it, for a long time.

Reposted from Niskanen Notes.
Posted by Ed Dolan at 7:51 AM