Program Notes for the Greek Endgame: Austerity, Cyprus, and How to Exit a Currency Area 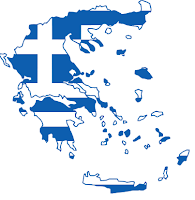 The Greek government has rejected the latest austerity and reform proposals from the EU, the ECB, and the IMF.  It has declared a national referendum, scheduled for Sunday, and urges a "No" vote. "We ask you to reject it with all the might of your soul, with the greatest margin possible," says Prime Minister Alexis Tsipras. Greek banks, which have been hit by an accelerating run, are to remain closed until after the vote. Yet rumors swirl of behind-the-scenes talk and a last minute deal.

We don’t yet know what lies ahead—default? Exit from the euro? Exit from the EU? Some kind of muddling through with a parallel currency and a declaration that any default is “only technical”? Answers to those questions will come only after Greek voters make a choice.

Meanwhile, here are some program notes and links to background material that should help place the Greek crisis in the context of similar episodes elsewhere.

How Tough has Greek Austerity Really Been?

To hear Greeks tell it, their country has undergone a deeper slump and tougher austerity measures than any other European country. Some of their EU partners, on the other hand, portray the Greek government as unwilling to take moderate, common-sense measures that everyone else has already successfully implemented. What do the numbers say?

This post, published at the time of the elections that brought the radical left Syriza party to power, shows that the Greek perception is largely correct. The slump in Greece, as measured by the gap between current and full-employment levels of GDP, has been catastrophic, a plunge of more than 20 percentage points. At the same time, budget cuts and tax increases have moved the best indicator of austerity—the underlying primary budget balance—nearly 20 percentage points toward surplus. Those movements far exceed what has happened in the United States or in any other European country. Read more
Posted by Ed Dolan at 4:00 AM