How Intelligent Budget Rules Help Chile Prosper: Lessons for the US 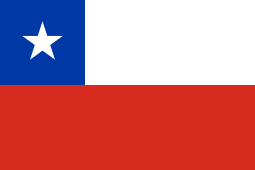 As everyone knows who has followed the current budget debate, U.S. fiscal policy needs more than a quick fix. It needs budget rules to put the debt and deficit on trajectories that are sustainable in the long run. Where better to look for workable rules than to countries that have done things right? Chile, which has managed to prosper under an intelligent set of budget rules, is a good place to start.

Chile's economic indicators are not the very best in each category, but they score near the top in so many that it is arguably the strongest economy in its region. In 2011 Chile is expecting 6.6 percent real GDP growth. Inflation and unemployment are both moderate, at 4.0 percent and 7.2 percent, respectively. The government's budget is expected to end the year in surplus by 1.3 percent of GDP. Gross government debt is 8.8 percent of GDP, which is less than the government's holdings of financial assets, meaning that net debt is negative. On top of all that, it has a current account surplus approaching 2 percent of GDP.

The centerpiece of Chilean fiscal policy is a balanced budget rule of a much more sophisticated variety than the one endorsed last week by the U.S. House of Representatives. The House bill calls for strict year-to-year balance of total receipts and outlays, whereas Chile's rule requires annual balance of the structural budget. The two are not at all the same.

The difference between an annually balanced budget and a structurally balanced budget lies in the operation of an economy's automatic stabilizers. Automatic stabilizers are elements of the budget that tend to increase revenues during an expansion (such as taxes on incomes and profits) and increase expenditures during a recession (such as spending for unemployment compensation and antipoverty programs). When automatic stabilizers are allowed to operate, the budget automatically swings toward surplus during an expansion and toward deficit during a recession. The automatic move toward surplus helps prevent overheating when the business cycle approaches its peak. At the other end of the business cycle, the automatic stabilizers move toward deficit and help to moderate the depth of the downturn.

When a requirement is in effect to balance the government's budget on an annual basis, as it would be under the House proposal, automatic stabilizers are disabled. During a recession, as unemployment benefits and other income-support measures increase, other discretionary spending must be cut, or taxes raised, to prevent a deficit from developing. Those changes tend to make the recession worse than it otherwise would be. Similarly, an annual balance rule provides no budget discipline during an expansion. Instead of allowing a surplus to develop as the cycle approaches its peak, rising revenues are used to finance tax cuts or expenditure increases, prolonging the expansion at the risk of overheating. In short, such a rule makes fiscal policy procyclical.

A different kind of instability arises in countries that have no explicit budget rules at all. In the absence of rules, fiscal policy tends to be asymmetrical. During recessions, automatic stabilizers are allowed to operate, leading to substantial deficits. During expansions, short-sighted politicians override the automatic stabilizers. Instead of allowing a surplus to develop, they use cyclical revenue increases to finance tax cuts and new spending programs. The U.S. tax cuts of the early 2000s, combined with increased military spending and introduction of the unfunded Medicare Part D, are a case in point. That kind of asymmetrical fiscal policy is unsustainable in the long run. The debt increases each time there is a recession and fails to shrink during expansions. Eventually these policies cause the debt to grow to the point of crisis.

Chile's approach is to reject both the procyclicality of a strict annually balanced budget and the long-run unsustainability of asymmetrical policy unconstrained by rules. Instead Chile aims for annual balance of its structural budget. The structural budget balance is the surplus or deficit excluding automatic stabilizers, that is, the difference between the expenditures that would be made and the revenues that would be collected if the economy were operating at potential GDP. A structurally balanced budget guarantees long-run sustainability of the national debt. At the same time, it permits automatic stabilizers to operate freely, with symmetrical surpluses during expansions and deficits during recessions to smooth the peaks and troughs of the business cycle.

If this kind of fiscal policy rule is such a good idea, why isn't it used everywhere? Attractive though it is in principle, the practical implementation of a structurally balanced budget faces both technical and political difficulties.

The difficulties begin with the need to estimate the economy's output gap each year when preparing the budget. The output gap is the difference between the current level of GDP and its potential level, a positive number as the economy approaches the peak of the business cycle and a negative number as it approaches the trough. The estimated size of the output gap, in turn, provides the basis for estimating the permitted surplus or deficit in the balance between revenues and expenditures for the coming year.

Unfortunately, measuring the output gap is not a cut-and-dried matter. A recent study from the Federal Reserve explains that various methods produce estimates of the output gap that differ by as much as two percentage points. That is just the technical side of the problem. In practice, it is necessary also to ensure that the output gap estimate is not politically biased. That means the estimation cannot be left to the current government's own staff. Politically appointed budget directors and finance ministers have a consistent record of looking at the numbers through rose-colored glasses in order to justify greater expenditures or lower tax rates. (See this earlier post for a discussion of how chronic budget optimism helped dig the fiscal hole that the United States currently finds itself in.)

In Chile, the law that implements the structurally balanced budget rule assigns the job of estimating the output gap to an independent panel of experts that meets annually for the purpose and has no other functions. The panel appears to have done its work competently, given the inherent imprecision in estimation methods. At the same time, Chile has a special problem that does not face the United States, in that the government budget is highly sensitive to the world price of copper. To deal with that issue, a second expert panel estimates whether the current copper price is above or below its long-run trend, and the annual budget target is adjusted appropriately.

In addition to having a workable target (structural balance) and institutions to implement it (the independent commissions), Chile has another crucial element of sound fiscal policy: the necessary political will to make the institutions work. In a forthcoming paper, Jeffrey Frankel of Harvard provides an example to illustrate the commitment. In 2008, the world price of copper hit an all-time high and at the same time, the popularity of President Michele Bachelet hit a low of 39 percent. The reason was simple: people wanted her to spend the income pouring into the country from commodity exports. She refused. A year later her policy was vindicated. The global recession had arrived and copper prices had crashed. However, funds saved during good times provided the cushion needed to maintain a steady-as-you go fiscal policy that moderated the downturn. Bachelet's popularity soared to 78 percent.

What lessons can the United States draw from Chile's experience? I see three.
First, rules matter. Fiscal policy without rules leads to a short-sighted, asymmetric policy under which the level of debt ratchets upward from one business cycle to the next, until it becomes unsustainable. "Dumb" rules that require an annually balanced budget are procyclical and would make the economy less, not more stable. A structurally balanced budget like Chile's is probably the simplest workable rule. Future posts in this series will explore alternatives that are arguably even better. But the Chilean rule would be a big improvement over what the United States  has now.

Second, any target must be backed up by institutions. In particular, forecasts and output gap estimates need to be made by truly independent agents. The Office of Management and Budget has historically exhibited an unrealistic bias toward optimism regardless of the party in power. The Congressional Budget Office has a better reputation, but it, too, is subject to unrealistic political constraints in the way it must construct its forecasts. Perhaps the Business Cycle Dating Committee of the National Bureau of Economic Research provides a better model. Something like it might allow the technically competent and unbiased estimates of the output gap that are an essential input to a structural balance rule.

Third, no set of rules can do the job without a political commitment to long-term fiscal sustainability. There is no reason it should take a catastrophe to bring the needed commitment into being. Attention all grownups in the room: The time to act is now.